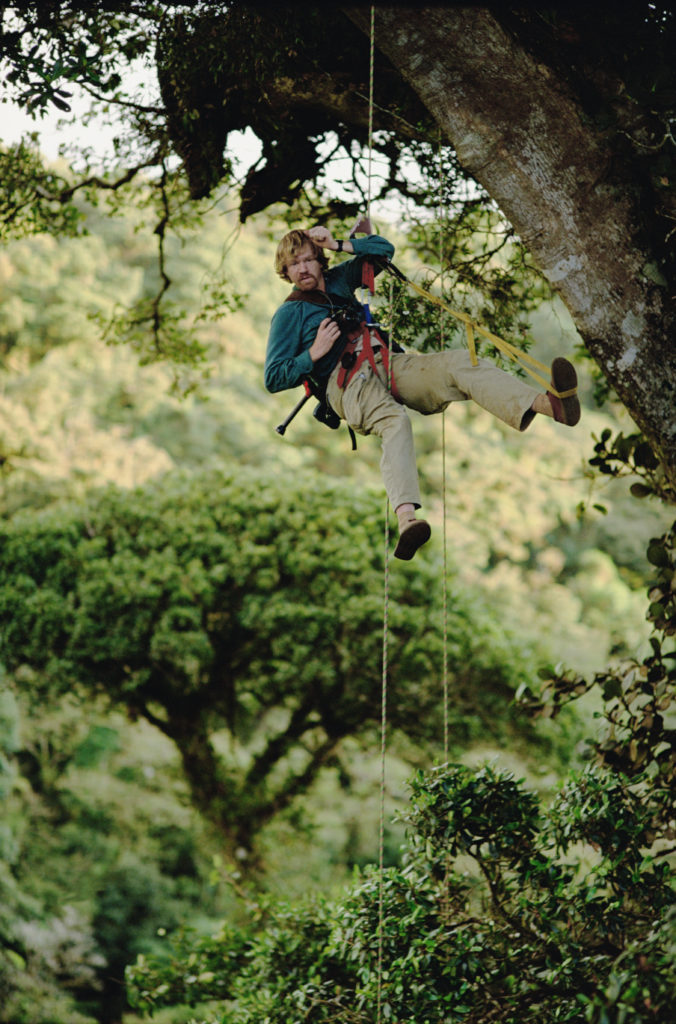 Presently I am a Research Associate with the Smithsonian Institution, where I pursue two main themes: The evolution of societies in humans and other animals and the ecology of forest canopies, which harbor most of the earth’s biodiversity.

I have served as Associate Curator (in charge of the world's largest ant collection) and Research Associate at Museum of Comparative Zoology, Harvard University (1987-1997), Associate Curator at the Essig Museum at University of California at Berkeley (2001-2007), Visiting Scholar at the Museum of Vertebrate Zoology, also at UC Berkeley (1998-2006), Research Scholar at the National Evolutionary Synthesis Center, Duke (2015), and Visiting Scholar with the Department of Human Evolutionary Biology, Harvard University (1997-2000 and 2014-2020).

My undergraduate degree is from Beloit College, where I published five scientific papers and earned high honors and a Phi Beta Kappa. In graduate school at Harvard I held a National Science Foundation Fellowship. For my dissertation I did field research on ants for twenty months in countries from Sri Lanka and Nepal to Hong Kong, the Philippines and New Guinea.

Enjoy the Complexity Podcast put out by the Santa Fe Institute ranging widely over my research interests here. 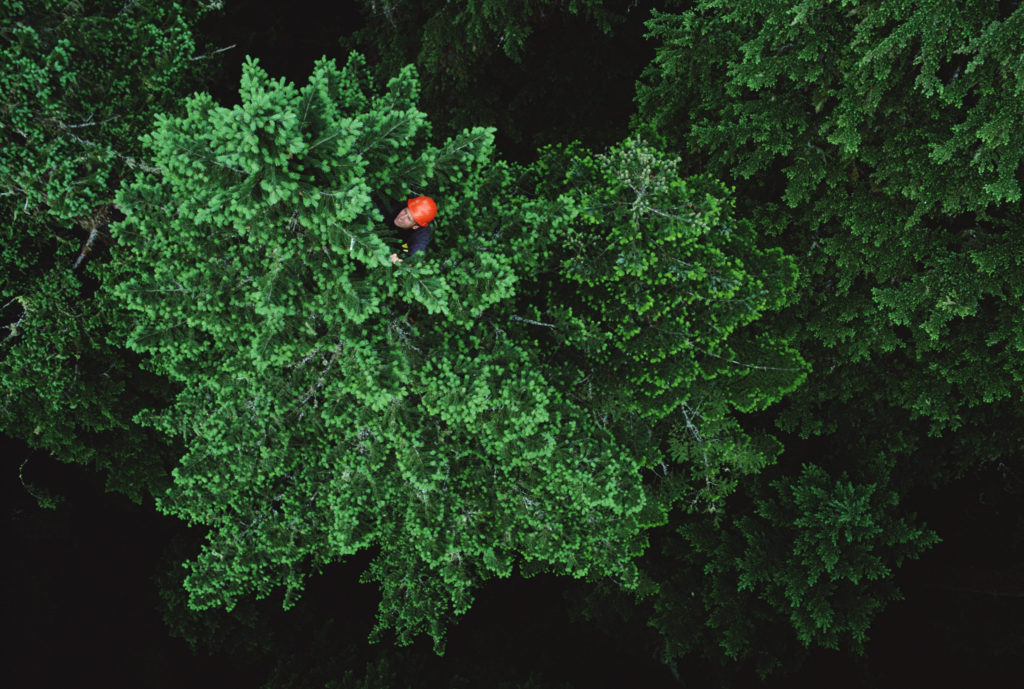 Research on canopy biology has taken me to many countries, including on expeditions of the French canopy raft, Opération Canopée.

I am interested in conceptual frameworks for research, especially the idea that forest experts can learn from studying ecosystems such as coral reefs, grasslands, kelp forests, algae mats, and biofilms (the plaque on your teeth or the film forming on a cold cup of coffee are examples of biofilms).

These ecosystems share problems of extracting nutrients from a fluid matrix (air or water) and transferring them through food chains. Two of my reviews have been considered essential reading in the field.

I addressed these ideas at two critical conferences early on. University of California-Berkeley scientist Mimi Koehl and I organized the first dialogue between experts on marine and terrestrial canopies at the meeting of the Western Society of Naturalists in 2000; I also led a session on issues for vertebrates in the canopy in 2002 for the 18th Congress of the International Primatological Society in Adelaide. Listen to my 2020 lecture for the Santa Fe Institute on comparative canopy biology and the structure of ecosystems here.

Moffett, M.W. 2002. The highs and lows of tropical forest canopies. Journal of Biogeography 29:1264-1265. I consider the confusion stemming from the varied ways scientists talk about canopies and canopy biology. PDF

Moffett, M.W. 2000. What's "up"? A critical look at basic terms of canopy biology. Biotropica 32:569-596. This invited paper deals with conceptual ramifications of the vocabularies of ecologists, botanists, zoologists, anthropologists, aerodynamics experts, and others. PDF 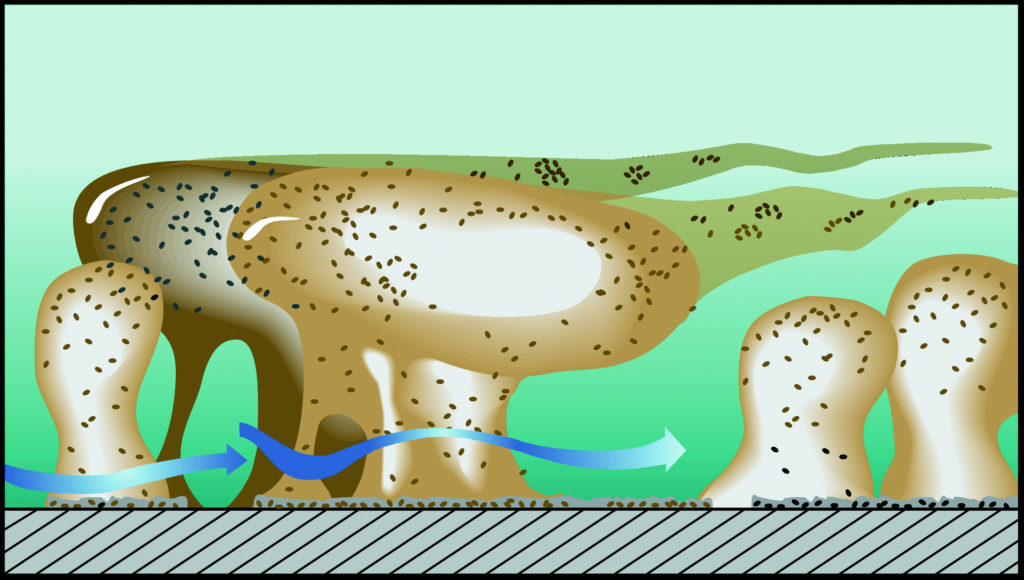 The thin film that builds up on your teeth or dirty dishes comes to look like a forest of bacteria, which stratify into little “trees” (microcolonies). The resemblances suggest commonalities across ecosystems.

The Social Behavior of Ants 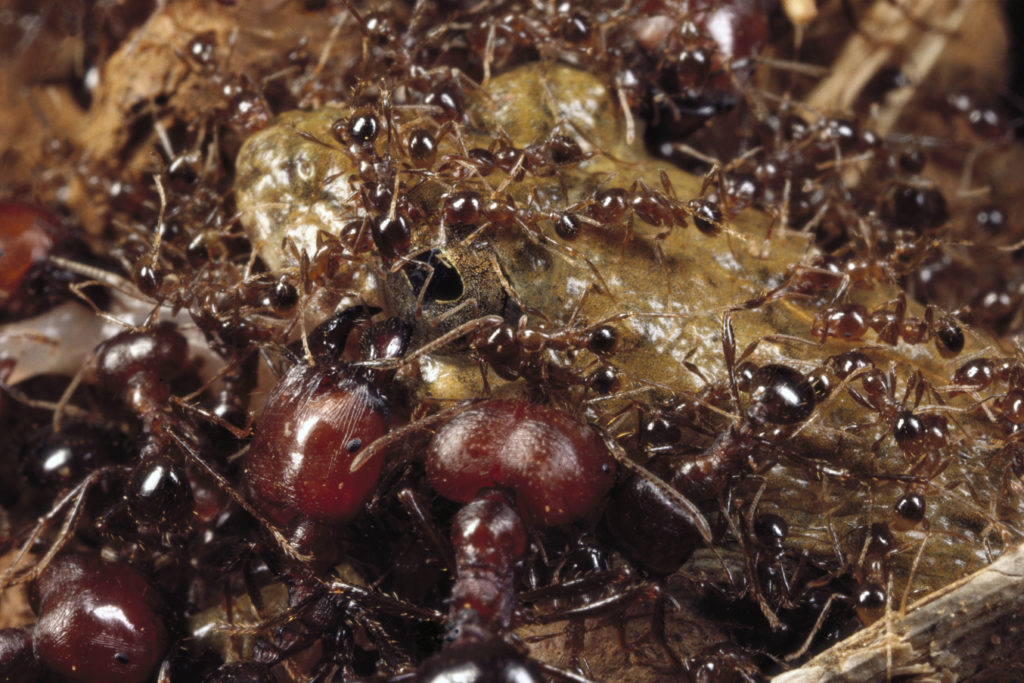 What is an Army Ant?

Comparisons of ants to humans can yield intriguing insights, as I describe in a 2020 Skeptics Magazine article, “Apples and Oranges, Ants and Humans: The Misunderstood Art of Making Comparisons."

For example, I was recently invited to write a review for a leading business publication, the Journal of Organization Design, comparing the organization of ant colonies to human institutions, which was published along with commentaries by academic business leaders. We all learned something from each other!

I have worked on a variety of ants around the world, but am best known for research on the Asian marauder ant, which has workers that vary in size 500 fold in service of a complex division of labor. The ants forage in swarms in the manner of some army ants, as described here. For more on marauder ants, with photos, see my entry in the Encyclopedia of Social Insects (Christopher Starr, ed., 2019).

The years focused on researching the book Adventures Among Ants yielded ideas that I continue to pursue. I’m especially intrigued by what supercolonies—ants united into societies that can reach into the trillions—tell us about maintaining societies. For a description for the general audience, read The Scientist and a Smithsonian Magazine video by Melissa Wells of me looking at leafcutter ants. On an expedition to Ethiopia in 2015 I discovered a new ant species with supercolonies with Magdalena Sorger (North Carolina State).

Moffett, M.W. 2011.  Ants & the art of war. Scientific American 305:84-9. I review the patterns of aggression in ants, and the parallels to warfare in humans. (For an online article that builds further on this topic see the Undark website.) PDF

The Nature of Societies 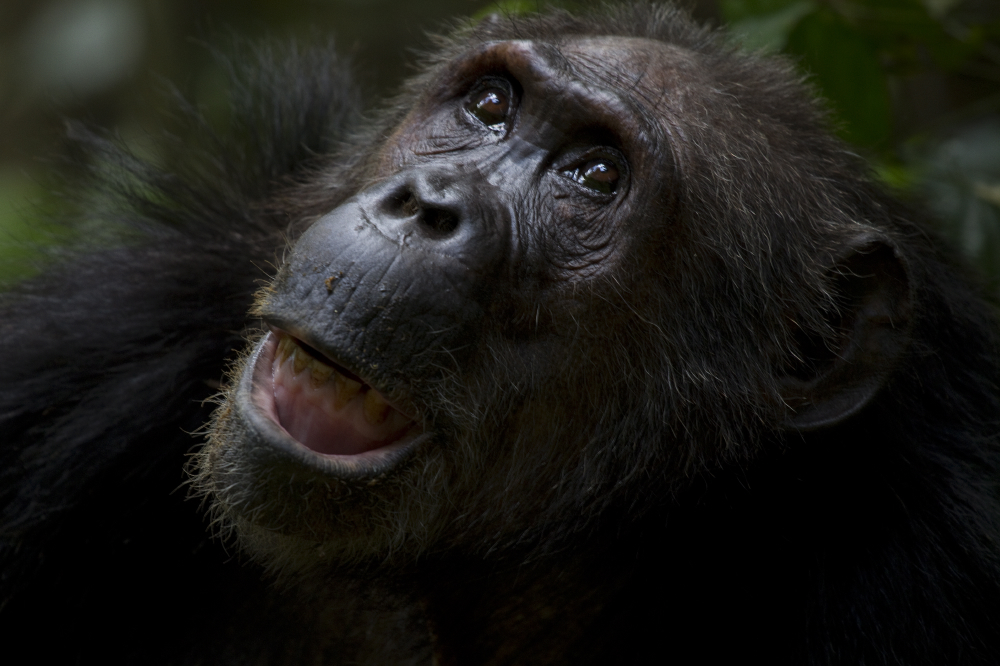 The rise and fall of societies has traditionally been subject matter for history and sociology, but with The Human Swarm, the author establishes the human society as a legitimate object of study for evolutionary biologists…The author’s analysis of historical examples of the rise and fall of societies through conquest (addition of social identities) and ethnic ten-sions between overlapping identities, or how social identity has become more complex as societies have grown in size, are masterful…The Human Swarm is a remarkable intellectual achievement of sustained intensity, to be commended for navigating an important yet difficult area in between biology, psychology, sociology, economics, history, and philosophy.

Few experts outside of those studying social insects investigate how a sense of identity and membership can bind individuals of different species, from certain fish and birds to elephants, chimps, and humans, into separate societies and allow the societies to grow and generate new such societies.

After publishing “Supercolonies of billions in an invasive ant: What is a society?” in the journal Behavioral Ecology, I expanded my interests beyond ants and led a session on social evolution at the 2012 conference of the Human Behavior & Evolution Society in Albuquerque. The following year my review “Human Identity and the Evolution of Societies” came out in the journal  Human Nature. That article became the foundation of The Human Swarm: How Societies Arise, Thrive, and Fall, a 2019 book that took me five solid years to write.

I am pleased that the psychology, anthropology, and sociology research communities have taken my conclusions seriously. Indeed, my book was written while I was a visiting scholar at the Department of Human Evolutionary Biology at Harvard and required detailed correspondence with nearly 500 scholars. The largest psychology organization in the United States, the Society for Personality and Social Psychology, has published a brief interview where I discuss some of my ideas. The leading psychologist Marilynn Brewer described my book as "certainly the most comprehensive and compelling understanding of depersonalized societies [i.e., those allowing for strangers] that has ever been attempted," while Harvard psychologist Mahzarin Banaji wrote that "There is no other book I’ve read recently that made my neurons pop at the rate this book did.” A precís of my work is published in the Proceedings of the American Philosophical Society.

Moffett, M.W. 2020. Why a universal society is unattainable: Our minds evolved in an Us-vs-Them universe of our own making. Nautilus WEB

Moffett, M.W. 2020. National borders are not going away. Quillette WEB 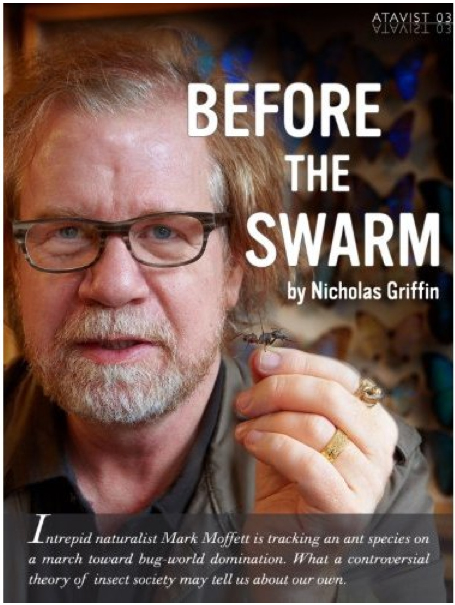 The Kindle single "Before the Swarm” (click image to open) by journalist Nicholas Griffin documented my evolving thoughts about societies before I wrote The Human Swarm.

Articles covering my academic work have also appeared in Harvard Magazine and The Sun.