My frog exhibit at National Geographic Museum in Washington, D.C. was described as “stunning” by the Washington Post. An exhibit of my photographs at a gallery in the Long Island town of Greenport was nicely reviewed by the New York Times.

My 2009 exhibit at the Smithsonian Institution’s National Museum of Natural History. Farmers, Warriors, Builders: The Hidden Life of Ants was a news story in Smithsonian Magazine and made the front page of both the style and kid’s sections of the Washington Post, which described my images as “an education in themselves, arresting and instructive.” The exhibit was one of the most popular in the museum’s history, with its website receiving more traffic than any other Smithsonian Institution site. The Hidden Life of Ants went on the road for five years as a Smithsonian Travelling Exhibit. 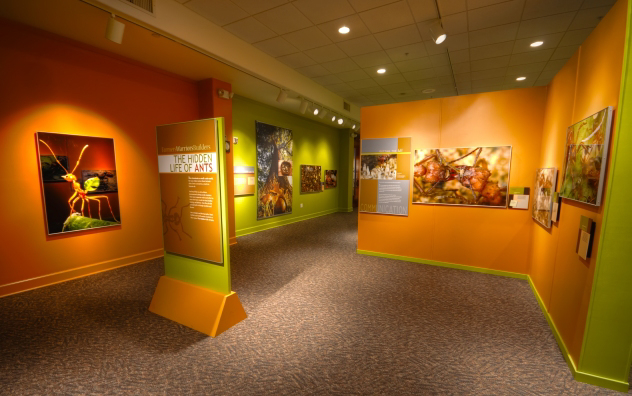 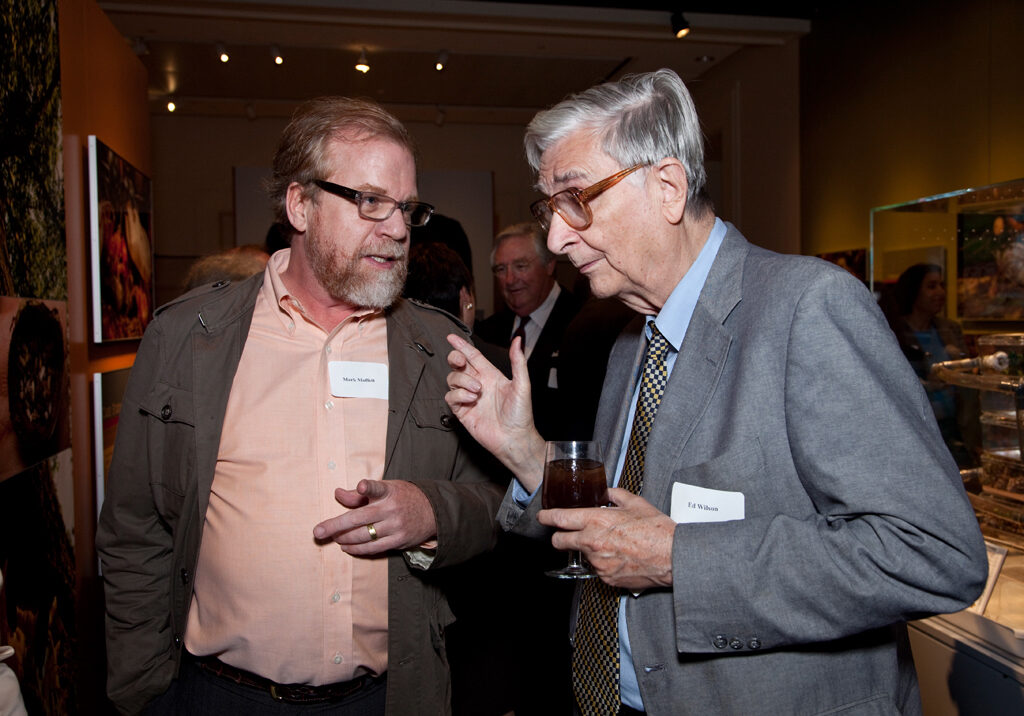 Mark with his mentor Ed Wilson at the opening of Mark’s Smithsonian exhibit on ants.
Scroll To Top